Terry came to the United States by boat with his parents in 1948 when he was just a few months old. He became a naturalized U.S. citizen on Dec. 20, 1955.

Terry graduated from Edgewood-Colesburg High School, Edgewood, Iowa, in 1966. After graduating high school, he was an Assistant Park Ranger at the Backbone State Park in Dundee, Iowa, from 1966 to 1967 followed by being a Weight Master for L.A. Light Construction in Manchester, Iowa, from 1967 to 1968 where he weighed and documented tonnage delivered to Iowa State Highway construction projects throughout the State of Iowa.

Later that year, Terry worked for the U.S. Forest Service as a Recreation Aid where he gave tours, collected exotic plants, as well as fire suppression and campsite maintenance at the Gila National Forest (Wilderness Ranger District) in Silver City, New Mexico.

Terry later attended North Iowa Area Community College in Mason City, Iowa, where he was pursuing a major with a minor in Botany and Zoology respectively, but enlisted in the U.S. Navy later that year in 1968.

After his initial four year enlistment, Terry attended North Idaho College in Coeur d’Alene, Idaho, obtaining an Associates in Applied Science in Forestry Technology and Engineering and was elected in Who’s Who in American Junior Colleges in 1974. This was where he met “His Bride” Connie (Johnson).

They married on Aug. 24, 1974, in Kellogg, Idaho. Terry and Connie moved to Libby, Montana, shortly after where they built their life and raised a family. They had two children: Allen Merle Holthaus and Jennie Johnson Holthaus.

Also, at Louisiana-Pacific Corp., Moyie Springs, Idaho, February 1988 to May 1995 as a Logging and Procurement Forester; State of Montana - Department of National Resources and Conservation, Trust Land Management Division from November 1995 to January 1996 as a Forester (Slash Inspector); Noble Excavating, Inc. from June 1995 to August 1995 as a Road Construction Foreman; Crismore Logging, Libby, Montana, from May 1996 to November 1998 as a Heavy Equipment Operator and Truck Driver; Marcor Remediation Inc., Libby, Montana from 1998 to 1999 as a Heavy Equipment Operator; Owens Ventures, Libby, Montana, from June 1999 to June 2001 as a Chip Truck and Dump Driver; Watkins and Shepard Trucking, Missoula, Montana, June 2001 to January 2005, as a Long-Haul Truck Driver; Genesis Inc. Revett Minerals Inc., Troy, Montana, from January 2005 to September 2007 as a Class 4 Miner.

Terry enlisted in the U.S. Navy at Naval Recruiting Office in Dubuque, Iowa. He entered recruit training at San Diego, California, on Oct. 29, 1968, and completed machinist mate engineering “A” school at Great Lakes, Illinois, on May 16, 1969. His sea duty assignments include USS Mauna Kea (AE-22) from June 1969 through May 1971, completing two tours of combat support in the Republic of South Vietnam, and served aboard the USS Kilauea (AE-26) from May 1971 through Sept. 1972, completing one tour of combat support in Vietnam. He separated from active duty on Sept. 28, 1972.

Terry loved to fish. He spent endless hours at Lake Koocanusa, Bull Lake, McGregor Lake, Lake Pend Oreille, Idaho, and several other fishing locations around Libby, North Idaho, and Canada. Terry was active in the annual Lake Koocanusa Fishing Derby for decades and was well known for helping fellow fisherman and campers that needed his “expertise” with their boats or camping equipment.

Terry also enjoyed hunting, photography, camping and his annual trips to Hawaii during his time in the U.S. Navy Reserve. He took pride in plowing his neighbors’ driveways with his four-wheeler along Idaho Avenue during the winter seasons.

Another pastime Terry enjoyed over the past several years was being a licensed Amateur Ham Radio Operator with the call sign “N7TZZ” and he was a member of the of the Lincoln County Montana Amateur Radio Group (LCARG). He will be missed very much throughout the amateur radio community.

After his wife’s passing, Terry’s daughter, son-in-law, and two granddaughters moved back to Libby to be there for him.

Terry loved his family, friends, and his community very much. He will be greatly missed by many who knew and loved him.

His family will hold a funeral and military service later in the year. Arrangements are under the care of Schnackenberg Funeral Home of Libby, Montana.

Online condolences and memories may be shared by visiting www.schnackenbergfh.com. 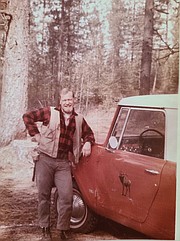 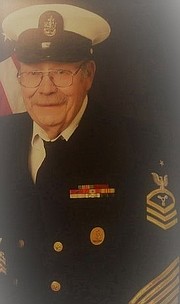