Don was the second of two children. He grew up and attended schools in Whitefish, graduating from Whitefish High School with the class of 1959. 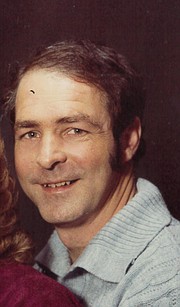 He enlisted in the U.S. Air Force and served on active duty as an airman 1st Class from 1960 to 1964 and with the reserves from 1964 to 1966. Don’s skills were in radio and radar maintenance, and electronic security systems. He was stationed in China and Formosa before returning to the U.S. to work with Minuteman missiles during the Cuban Missile Crisis. He was proud to have served his country and treasured freedom.

He moved to Libby and worked 28 years for the U.S. Army Corps of Engineers at the Libby Dam as a powerhouse electrician, the last five of those as a foreman of the electrical crew. Don enjoyed his co-workers and the challenges at Libby Dam. He just loved his work! Don also owned and operated Knauss Electric for 30 years as a master electrician.

Don had a real heart for God, his country, family and friends. He was an optimist and always grateful to live and work in Montana.

Don will always be remembered for being a hardworking man who never complained about anything in his life, including health or hardships. He just persevered through it.

He cherished and dearly loved his wife, Janet, and all his children, grandchildren and great-grandchildren.

He had a genuine appreciation of the great-outdoors, nature, mountains, rivers, animals and all that goes with it. Hiking, hunting and fishing were passions. He was an avid reader and loved military history. Fly tying was a favorite hobby.

Viewing will take place from 1 p.m. to 7 p.m., May 6 at Schnackenberg Funeral Home in Libby, with a graveside military honors memorial service at 1 p.m., May 7th, 2021 at the City of Libby Cemetery. Online condolences and memories may be shared by visiting www.schnackenbergfh.com.

Memorials can be made to Diamond Blackfan Anemia Foundation (dbafoundation.org) as this cause relates to a grandchild.