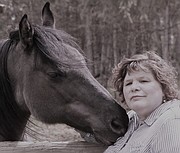 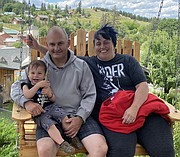 Incumbent Neil Duram and challenger Lori Ramesz will face off Nov. 3 for the Montana House of Representatives District 2 seat. Coming from different professional backgrounds, both candidates are running on unique platforms.

District 2 comprises a large swath of Lincoln County including the Yaak and Eureka. Duram has held the office since January of 2019 and is running as a Republican. Before taking office, Duram said he served 26 years — 20 of which were in Eureka — as a Montana Highway Patrol trooper.

Ramesz, who is running as a Democrat, said she spent 24 years managing payroll, insurance and compliance at her husband’s excavation company. She also served as a legislative intern in 2009, which she said gave her insight into the operations of the House of Representatives. Ramesz said she has lived for 33 years in north Lincoln County.

Duram, who characterizes himself as a constitutional conservative, said his approach to governance centers around making constitutional claims and always looking for the balance between “liberty and tyranny,” the difference between lawlessness and authoritarianism.

The centerpiece of Duram’s platform is a bill that, if passed, would update school busing laws to increase safety for students. Duram said his legislation restricts bus stops on roads with four lanes of traffic. The bill will also give more authority to school boards over where bus drivers are required to turn on their stopping light and extend their stop arms.

“They — administrators, school parents — know when it's best to turn on the lights,” Duram said.

Ramesz has made increasing Internet access throughout Lincoln County a focal point of her campaign. The lack of high-speed Internet, especially in the northern portion of the county, has hindered economic growth, she said. By boosting access, Ramesz said she would be able to bring more jobs into the area and make it easier for residents to buy and sell real estate. Ramesz said she would look to work with either InterBel or Ziply Fiber.

“I think we have a real shot at [increasing connectivity] in legislation this session due to COVID-19,” Ramesz said.

Promoting local services also is a priority for Duram. During the last legislative session, he introduced a bill that would have helped municipal utilities cross railroad right-of-ways. Duram cited a case in Fortine where InterBel was unable to get a reasonable price for crossing a Burlington Northern right-of-way. While the bill died in process, Duram said legislators were able to broker an agreement, which turned out to be preferable to the legislation.

Another key component of Ramesz’s platform is finding ways to support local businesses. While she said preserving businesses should be the focus in 2021, she floated ideas for ways of creating new jobs in Lincoln County. Nurturing companies like RBM Lumber — a family-owned logging and furniture business in Columbia Falls — could be a way of capitalizing on the abundance of talented woodworkers in Lincoln County she said.

If elected, neither Duram nor Ramesz said they would support a state sales tax outright. Duram said he was generally not in favor of revising tax structure but would potentially support a sales tax if it were switched in for either property or income tax. Only two of the three tax options should be used, he said to not overburden Montanans.

While Duram said he was not in support of Medicaid expansion, Ramesz said she would be willing to work on compromises for the program.

When considering the state budget, Duram said he would like to see funds spent on maintaining highways.

“Highways are expensive and I want to keep it a priority to keep them in good shape for motorists,” he said.

Ramesz said she would like to see more of the state budget invested back into rural Montana.

“I want to bring some money home to Lincoln County,” she said.